It’s a very common frustration when you get to site to have a luminaire that either doesn’t fit or is too small for a hole in the ceiling. In fact, regardless of whether it is recessed or not, if you are trying to find a luminaire on site, the more information the better upfront.

So very simply, here is a list of the most important pieces of information when trying to replace a luminaire with an equivalent LED.

A picture. As the saying goes, a picture paints a thousand words. Seeing an image of a luminaire can answer many questions immediately such as the type of louvre, shape, rough size etc… If a picture or photo can be obtained, of the front, back and any labels on the fitting including remote gear boxes, this can be all that is needed to source a suitable alternative. 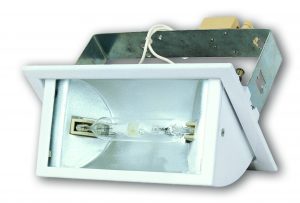 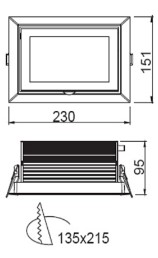 Lamp type. Simply take a lamp out and get the wattage, type of lamp and colour. Also, the amount of lamps per luminaire is critical.

Aesthetics. The aesthetics of the luminaire are crucial such as bezel colour, louvre type, whether the luminaire swoops or swivels and glass type.

If the above information is given, you are almost certainly unlikely to be faced with a frustrating circumstance on site.

24H delivery throughout the UK

Who planned for a crisis like this to hit?  And who knew it could happen so fast? In the new normal, companies employing mobile engineers…

Get the latest news and updates.

Get our latest message as a downloadable now.